You are here: Home / Most Recent / The View Update for week of March 1st!

Whew – last week was quite a week on The View!  I was fascinated, yet perplexed by Nadya Suleman.  I seriously do not know what to make of her.  It was fun to see the reactions and thoughts from my readers and friends on Facebook.  Nadya Suleman sure knows how to stir up a conversation! Of course all of the episodes were fun to watch, but the one featuring her had me glued to my TV.

Never fear – there are more exciting things on The View this week!  Here is a rundown on what is coming up: 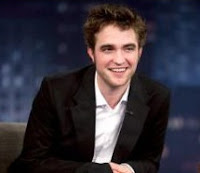 Tuesday, March 2nd:  Ladies are you ready? Twilight hottie Robert Pattison will be on the show, along with Emilie de Raven, his co-star in his upcoming film “Remember Me”.  She will also be in the final season of “Lost” – hopefully they will discuss this as well!  This will be his first ever appearance on The View. Don’t forget your ice pack to cool you down while watching this!   Also on the show, Mitt Romney, the 70th governor of Massachusetts will be on and discussing his new book.  This is also his first appearance on The View.

Wednesday, March 3rd: This should be a really fun show.  The hosts, along with Lisa Kudrow (of “Who Do You  Think You Are?”), will be doing the “Best of View Tube”, which will include backstage antics and celebrity exit interviews.  Fun!

Thursday, March 4th:  I am super excited about this show.  Valerie Bertinelli will be on as a celebrity guest-host.  I have always loved her, and I hope she will talk about her weight loss too – I want to hear more about it.  Also on the show, Abigail Breslin (cutie patootie!) from Broadway’s “The Miracle Worker”.  She was so darned adorable in Little Miss Sunshine and I am excited to hear more about her broadway show and to see what else she has been up to.  Also on the show – Mia Wasikowska from Disney’s “Alice in Wonderland”.  This will be a jam packed episode!

Friday, March 5th:  Okay – I’ve said this about every episode this week but I am REALLY excited about Friday’s episode.  It is The View’s “Road to the Oscars”!  On the show will be Don Cheadle and Wesley Snipes – woo hoo!  Celebrity stylist Robert Verdi will be on the show to talk about the hits and misses of previous Oscar shows.  The hosts of  “At the Movies”, Michael Phillips and Tony Scott, will be on to tell us their 2010 Oscar predictions.  Also – viewers will get a sneak peek at Barbara’s last Oscar special!

Wow – that is quite a lineup this week – make sure you tune in each day. Don’t forget – if you  miss an episode you can catch previous episodes of The View on the website.

Which show are you most excited about?  Are you a Twilight fan? Let me know your thoughts!
I am a participant in a Mom Central campaign for ABC Daytime and will receive a tote bag or other The View branded items to facilitate my review.

Thanks for stopping by! My name is Jennifer and I am the owner/author of Eighty MPH Mom. I started this website in 2009, as a hobby more or less. My kids were little and I was a "mom blog" at the time. For several years we had a team of seven moms, and mostly wrote about everything related to children. But much like the kids have grown and evolved, so has Eighty MPH Mom. We now focus mostly on food, cooking, home & garden, and DIY. We are more of a lifestyle blog now. I reside in Central Oregon, and I love the beauty of the area. I have two children - 23 and 29, four cats, 1 rooster and one husband. It's kind of a madhouse around here! To read our most personal (and best work), please click on the "best of" tab in the top right hand corner of our home page.
*Ranked #8 on Cision's 2012 Top 50 Product Review Blogs
*Ranked #28 on Cision's 2014 Top 50 U.S. Mom bloggers!