You are here: Home / Most Recent / Earthquakes, tornadoes or hurricanes – which do you prefer?

I read about and watch these horrible natural disasters and I ask myself, “Why on earth would anyone want to live in one of those areas with hurricanes or tornadoes?”. It occurs to me that people in those areas that are prone to such natural disasters, probably think the same about California and other areas where earthquakes are the norm. So how do we choose which one is the worst? I know the flooding can be awful, as can roofs ripped off, and the other horrible things that go along with hurricanes and tornadoes, but are they worse than earthquakes?

The thing with earthquakes is you never know if it is the “big one”. I have lived in California all my life and I remember the big one in 1989 – The Loma Prieta. I was pregnant with my son at the time, and luckily I was driving, and it felt like the alignment on my car suddenly went haywire. Also, the radio stopped working and no stations were coming through. It was very strange, but I still didn’t know it was an earthquake. It was a bad one – the images are still haunting.

I currently live in Northern California and we are blessed (NOT!) with earthquakes. Mind you, they are not always the huge disastrous ones you see on tv (thank goodness) but they are small, frequent ones can be just as frightening. These little earthquakes are most noticeable when I am upstairs. First the closet doors rattle, the cats freak out, and the shaking begins. There are weird noises, like creaking, that occur during earthquakes too. They are scary each and every time, as it is necessary to find a doorway immediately, and you don’t know if it will keep going or stop. Oh – there are also aftershocks – which are a tiny bit smaller.

I don’t know if you have seen this video of Judge Judy during an earthquake, but it is interesting.

We had a small earthquake this morning. My husband was downstairs and said he thought it was just the cats running around. Nope – I felt it upstairs. I thought I would show you some pictures of what these small earthquakes have done to our home. Over time, you start to notice cracks in your home, and changes on the outside of your home. Our deck has pulled away from our house a bit and there are other signs too. These are not the best pictures, but please ignore that part. All of these surfaces were recently primed and painted – they were perfect. 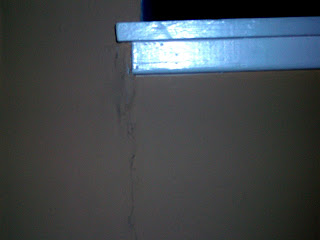 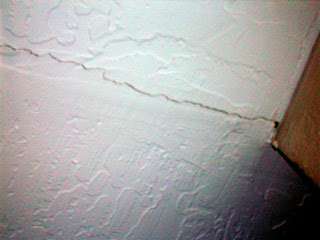 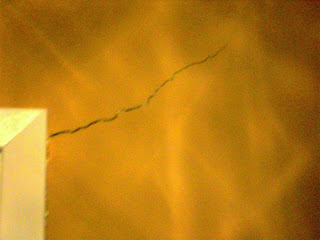 So I ask you – what part of the country do you live in and what natural disasters occur there? Out of the three I mention above, which do you think you would rather have?

Previous Post: « Don’t Miss The Checkout and FLIP HD at Pour Some Sugar On Me!
Next Post: SUNKIST NATURALS JUICES AND SMOOTHIES Review »

Every bit helps to keep Eighty MPH Mom up and running – thank you!

Thanks for stopping by! My name is Jennifer, I am the owner/author of Eighty MPH Mom, and I reside in Central Oregon. To learn more about my team and I, click the "About" tab above. Our "Best of" section is a great place to start too!