Anybody that knows me, knows that I am a complete coffee fiend.  I have often said that I should have an IV drip of coffee going at all times.  I was recently contacted to review Nescafe Taster’s Choice single serve coffee packets, and these couldn’t have come at a better time.  Let me explain: 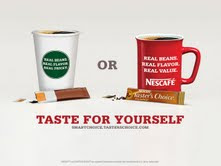 Some of you may know about the car accident my son was involved in recently.  I decided to go down to help him out with a few details, and I stayed in a hotel for two nights.  One of my gripes in hotels is how they only give you one coffee packet.  I knew this so before I left, I thought I would bring along my Nescafe Taster’s Choice Single Serve coffee packets that I received!  I brought one sample pack with me and I am so happy I did!  The afternoon I arrived, I wanted a cup of coffee, but I knew if I drank the packet that the hotel provided, I would have no coffee in the morning.  I decided to try the Nescafe single-serve packets.  To get hot water for my coffee, all I did was run plain water through the coffee machine and voila – I had a carafe of hot water!  I grabbed a mug, poured the contents of one packet (the 100% Colombian) into it, added water and stirred.  I was pleasantly surprised how good this tasted. I previously was not a fan of instant coffee, but this actually tasted better than the hotel coffee the next morning. 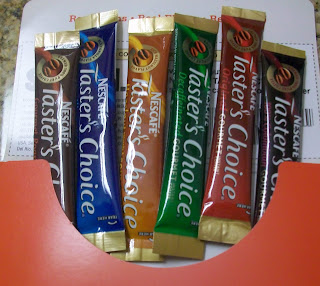 The gourmet flavors included in my sample pack were the 100% Colombian, Original, Decaffeinated,
Hazelnut, Vanilla and Gourmet Roast.  I just have to say how cute this packet was and how convenient these will be to just take in my purse to have wherever I go, or if I need a coffee fix!  Also included on the packet was a $1.00 off coupon so I can purchase more!

I really liked all of the flavors – and to me, it was honestly hard to tell that I was drinking instant coffee instead of a fresh brewed cup of coffee.  I didn’t try the decaffeinated  one (for obvious reasons – it’s me!), but I really did enjoy the plain as well as the flavored packs.

You can find Nestle Taster’s Choice single serve packets at your favorite store, and you can also request a free 6-pack sampler on the Nescafe website! You can win a gift pack below! 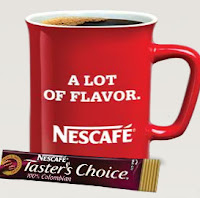 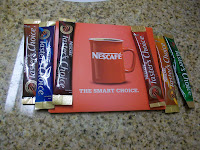 The giveaway is now closed: