You are here: Home / People / Marriage + Family / Halloween Costumes: Homemade or store bought – which do you do?

Halloween is almost here yet again.  The sounds of moms and their kids in the store, arguing over what costume they want, and the frustrations of not having the “perfect” costume available in their size.  If parents are smart (and you learn this with experience), they will go buy the costume as soon as they see them in stores.  If you wait too long you will be stuck with either not many choices left, or you will be frustrated choosing from what everyone has already picked through.

I remember it well.  My kids are much older now, except my daughter still loves to get a costume.  She is 13.  When they were little I always enjoyed dressing them up for Halloween, and taking them out for trick-or-treating.  They were just so gosh darned cute.  I always enjoyed pilfering the candy they collected from them after they went to bed.  It is okay to do this – it has been done for years. My mom used to do it to me, though I didn’t know it at the time, and your parents probably did it to you as well.

I remember as a kid the excitement in making a Halloween costume.  To me, that was half the fun.  I remember hitting up mom and dad for old clothes, hats, canes and other accessories so that I could be an old man, a large lady in pajamas or anything else I could come up with.  I don’t recall wearing a purchased costume until I was in my teens and going to a party or some other function.  Why do kids these days not make costumes?  I enjoy the little trick-or-treaters that come to my door, and yes, they look adorable, but I miss the anticipation of seeing what they or their parents come up with.  I have to admit, with my son, I made a few costumes, but later started buying them.  Here is my best work to date: 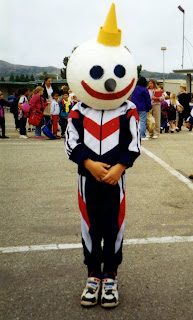 It was so funny when he wore this to school at Halloween.  It was like he was a movie star as we stepped on the playground.  All of the kids (parents and teachers too) stopped what they were doing and stood there with their mouths open.  We worked so hard on this costume, so it really was satisfying to see the reactions.  When I picked him up from school that day – we went to the Jack in the Box drive-thru (I couldn’t resist!).  We pulled up and my son was sitting back.  When the lady came to the window, he leaned forward and said “Hi”.  She was laughing so hard, squealing “Oh my god!”  She called for everyone to come over and see.  They thought it was the coolest thing ever.  They even handed my son a laminated Jack poster (I was hoping for some free food LOL). So I just wanted to share a few pictures of my kids in their Halloween costumes from years ago.  I really do miss dressing them up and having them little.  Here they are:

My son – he was a huge Thomas the Tank Engine fan! 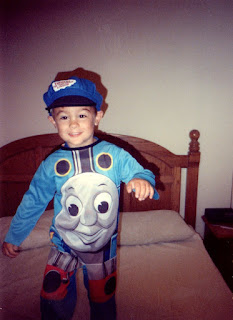 My daughter as Pikachu (ironically enough, she wants to be Pikachu this year too!) 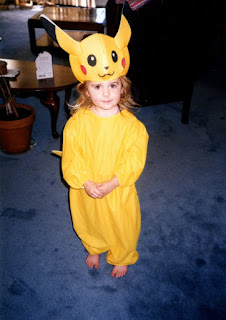 My daughter – a cute kitty! 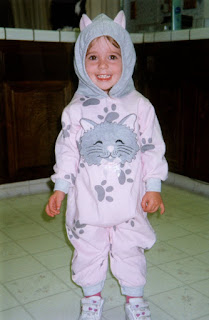 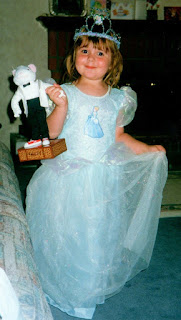 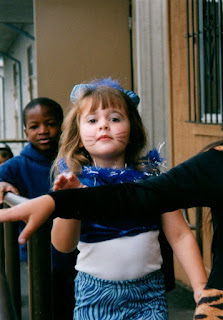 My son – some wrestling guy (Stone Cold Steve Austin?? LOL), my daughter and her friend as Blue 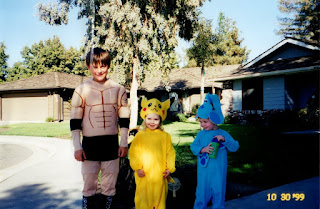 What are your kids going to be for Halloween this year? Do you make your kids costumes or do you go the store bought route?