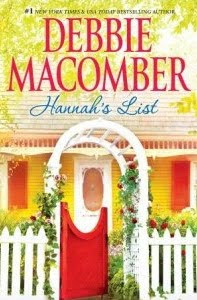 Debbie Macomber has always been a favorite author of mine. I was so excited when I heard the news that she has a new book out – “Hannah’s List“. Occasionally, we get an opportunity to change our lives—whether it’s another chance at love, changing the path we’ve chosen or going back and making amends for the past. Hannah’s List is the story of a widower who is given an unexpected letter from his wife on the first anniversary of her death. In a remarkable act of love, Hannah includes a list of three women for him to consider marrying. With a unique twist and intriguing element, readers will be in for a wonderful story of a love that transcends time, hope that is exceptionally unselfish, and the possibility of a future otherwise unfathomable. An unexpected letter. An impossible request. The gift of a second chance.

Debbie Macomber’s books always pull me into the story, and I feel like I am right there with the characters, experiencing what they are.  That is how I know a book is good – when it takes me away from my own world for awhile.  I have not read Hannah’s list yet, as I just received it, but I cannot wait to curl up with it.  I love Debbie Macomber’s writing style, and I am always a bit sad when I reach the end of one of her stories.

A little about Debbie Macomber: 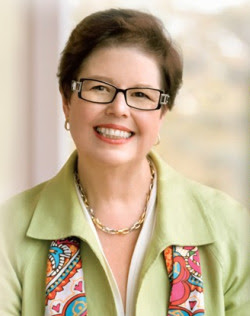 Debbie Macomber, one of the today’s most popular authors of women’s fiction, is loved by readers worldwide. She’s a multiple award-winner and has hit #1 on every major bestseller list, including The New York Times and USA Today. She is known for her Cedar Cove books, as well as the stories set on and around Seattle’s fictional Blossom Street. She also publishes a story every Christmas, often a romantic comedy. Readers love her characters, whom they frequently describe as real and as people who could become your friends. And they love her vivid depictions of place and community, her warmth and her sense of humor.

About Hannah’s List:
Hannah was the kind of person who would’ve been your friend, the kind of woman you’d want to know.Generous in every way, with a real sense of style and fun, Hannah was a natural hostess, a woman with a talent for friendship. A woman endlessly fascinated by people. She had true insight into others—especially her husband, Michael. In fact, the letter she left with her brother, Ritchie, to give Michael a year after her death is a perfect example. In it she tells Michael she wants him to marry again—and because she knows she’ll have to nudge him to move beyond his grief, she gives him a list of three women—Winter Adams, Leanne Lancaster and Macy Roth–she asks him to consider. Her letter was the ultimate act of generosity and unselfishness because in it she gave him a second chance at life and love…

This book sounds fascinating to me!  I think for Mother’s Day, I will take some “me” time and sit out back with Hannah’s List.

You can find Hannah’s List (in stores now), and other Debbie Macomber books at your favorite retail book stores.  You can also enter to win below!

THE GIVEAWAY is now closed: 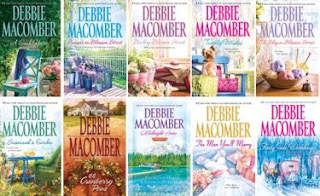 *I received a set of books as a thank you.

Thanks for stopping by Eighty MPH Mom! To learn more us, click the "About" tab above. Our "Best of" section is a great place to start.
We use cookies to ensure that we give you the best experience on our website. By continuing to use this website you agree to their use.AcceptNoPrivacy policy